Extra Beard #1
While Bane gets pumped with Venom so he can become a bumbling roided-out idiot who doesn't break Batman's back, these world leader dudes stand by so that they may participate in the Showcase Showdown bidding wars for Dr. Woodrue's "super soldier." Ten bucks says the bearded Fauxdel Castro wins. 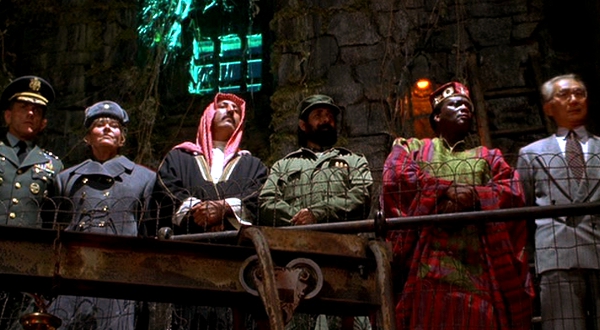 Extra Beard #2
I'm pretty sure this guy used the power of his beard to rob a bank. If so, it's the slowest cop chase I've ever seen. 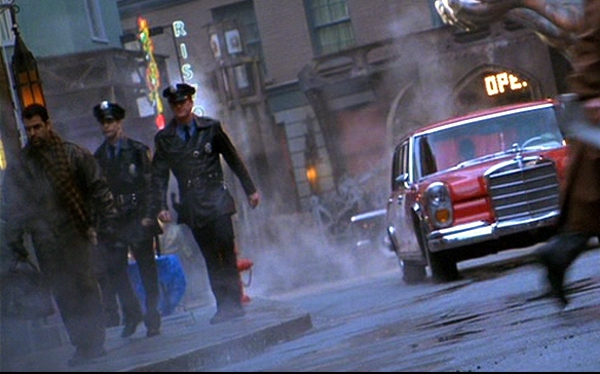 Extra Beard #3
GET OUT OF HERE, YOU CREEPER. WHAT THE HELL?! 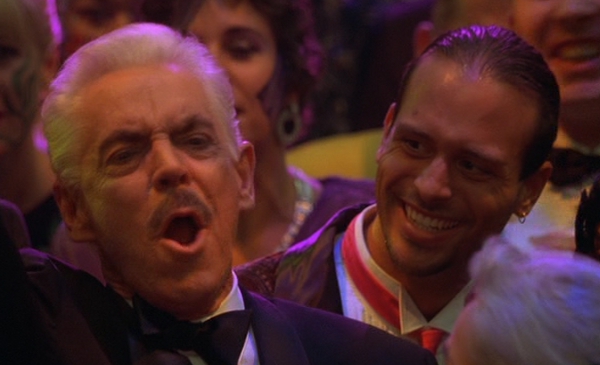 Extra Beards #4 and #5
Batman & Robin reminds us that Alicia Silverstone was once a thing. These biker bystanders yell at whatever while Alicia preps for her big bike race to prove her worthiness. The dude on the right looks like he's about to wreck his hog. 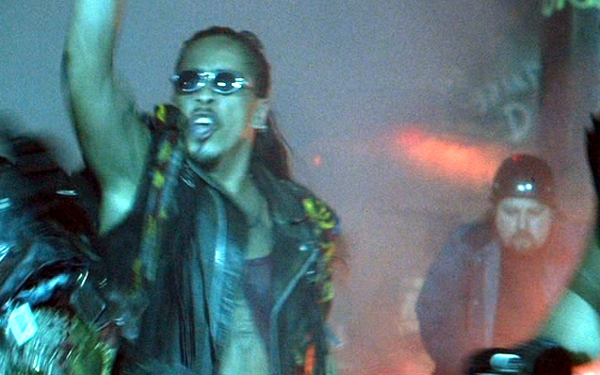 Extra Beards #6 and #7
Bruce Wayne is too busy talking about whatever-the-fuck to realize that two bearded creepers are invading the me-bubble of whoever-the-fuck Wayne is dating in this movie. 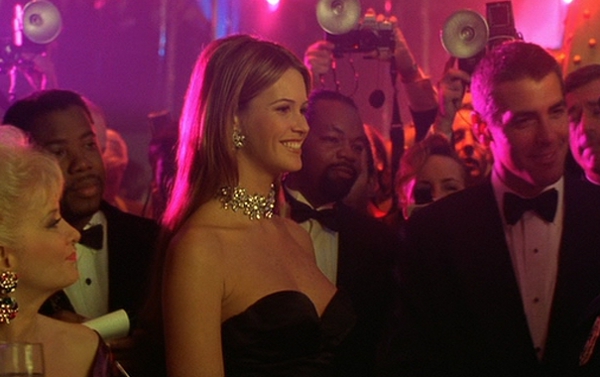 Extra Beards #8, #9, and #10
Finally, the last three beards in the pre-Christopher Nolan Batman universe belong to these three Gothamites who were thawed out by a telescope that Batman uses as a solar ray gun. A TELESCOPE WAS USED AS A RAY GUN. 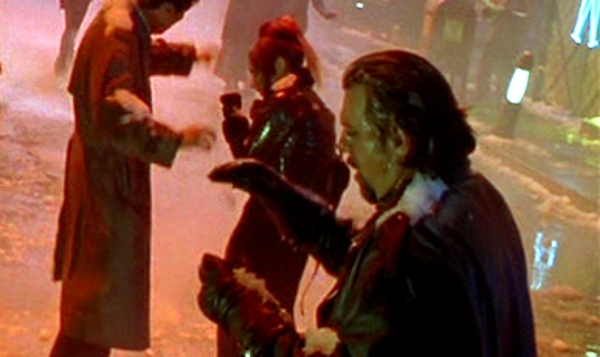 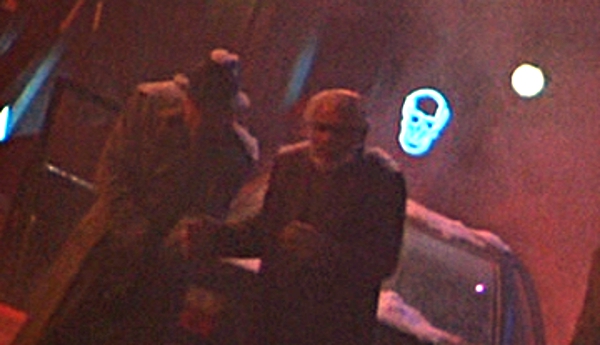 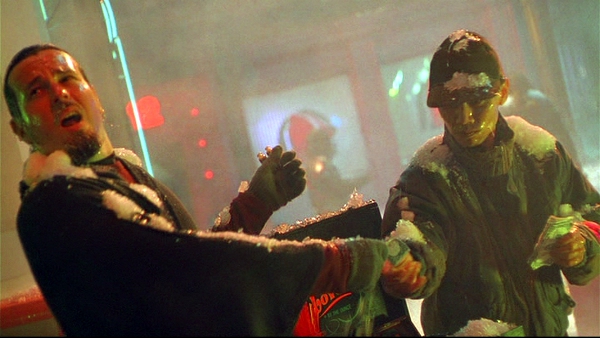